London boasts some of the best strip clubs in the world. Famous lap dancing venues like Stringfellows and Red Rooms where the celebrities like to hang out or the likes of the well known Spearmint Rhino that will ensure you blow you load on both drink and women. There is also the biggest strip club in the UK known as FYEO, which has an abundance of private rooms, a pool table and more strippers than you can imagine. Not only does London have these big names but it has the "pound in the pot" clubs that are unique to the UK. 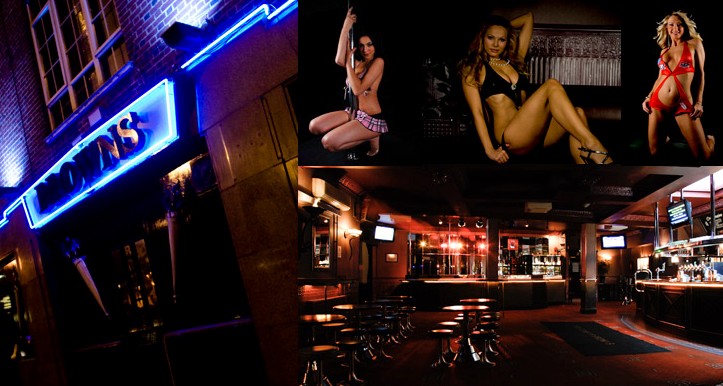 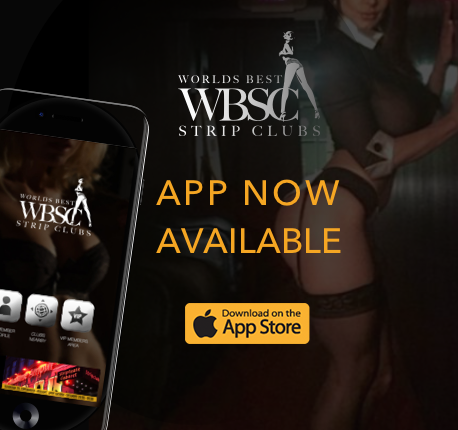 This is first stripclub when heading up Shoreditch high street from the city, so it's your first point of call, so it would be rude not to drop ...

Boulveard Strip Tease offers stripteases and dances and is a popular pole dancing spot. There's no hostess fee and a separate bar area if the ladies get too ...

Spend an evening in the company of London's most beautiful girls at one of the capital's oldest established gentleman's clubs. Along with the live shows provided for your entertainment, you cannot miss out on this ...

If you have a thing for naked men then it’s the only place around to quench your first, so head ...

Opened in 1996, Candy Bar is the original full-time girl's bar situated in the heart of London's fashionable West ...

Situated in the heart of London we're within easy reach of London,Lancaster Gate, Bayswater, Queensway and Paddington,Mayfair,Marble arch,Notting hill gate,park ...

A strip club offering adult entertainment in the heart of the city of ...

A warm welcome awaits you at the stylish, plush surroundings of the Chatterbox Topless Bar. Their beautiful and seductive hostesses are ready to charm and delight, enjoy a drink in their ...

One of the cities most oldest and most exclusive gentlemen's club in Mayfair. It has a long standing reputation as the place to be when it comes to unforgettable and discreet nights out. This stylish club offers a rich and luxurious indulgence that you will find hard to find ...

Located in Mayfair this is one hell of a club boasting the capital's most beautiful ladies, hostesses and table ...

For Your Eyes Only

After a stunning 2-million pound refurbishment and full rebrand, For Your Eyes Only, the UK's largest Gentlemen's Club Operator, is returned to London's City Road in June 2018. At over 14,000 square foot, the club is the largest of its kind in the country. With four stages, 29 VIP booths, 24 ...

This is the ideal place to entertain a business colleague or just unwind, relax and have some fun. When you know the dancers have won awards for dancing then you know you are onto a winner with this ...

This is a notorious strip club in Hackney. Famed for it's hedonistic, bonkers, party hard ...

Fantasy becomes reality here where 50 gorgeous dancers are waiting for you to drop in. Continuous stage shows all night, and something more private for those seeking some ...

This venue was voted most stylish table dancing club in London. Luxury, sophistication and opulence are the words that spring to everyone's minds when they step into this ...

This club offers a unique experience and an unforgettable night out with its art deco theme and its plentiful ...

This glamourous and exclusive addition to the contemporary London lap dancing/club scene offers its members and guests a stylish space to relax and unwind with a fine selection of drinks and the company of attractive ...

Since its grand opening in the early seventies Metropolis originally known as the Arabian Arms, quickly became the premier venue for gentlemans entertainment in London. The finest girls dancing in three amazing floors have made Metropolis the world famousclub it is today due to its convenient ...

This is one of London's oldest lap dancing establishments where you can enjoy an exotic performance or enjoy a decent pint at normal ...

Tucked away in the heart of Mayfair, opposite Londons famous Savil Row in Mill Street, No4 Mayfair can be accessed via a very discreet doorway. Unaware by passers by you will enter Londons Most Elite Gentlemans Club filled with most glamourous, Exotic and Beautifull ladies from all over the ...

In the heart of the West End this top class adult entertainment venue has hosted the likes of various stars over the years from Premiership footballers to some of the TOWIE stars. This club offers live PA's, Percussionists, exclusive stage shows, and lap dancers, so you know that this club is truly ...

This was the first fully nude table dancing venues, opened n July 1997, and is renowned for providing the best personal table dancing in ...

You will have a fabulous and exciting time here where they have an array of beautiful women who will make you feel at ...

This is where the real boys come out to play. Filled most nights with at least fifty dancers, you will be like a kid in a candy ...

This venue is one of a very high standard, situated close to Canary Wharf and the Excel Exhibition Centre. You will be treated with an array of seating and continuous stage shows, so get there early and get the best seat in the ...

Being one of the only clubs that is open to 6am in the morning it makes it the ideal place to come if you have missed that train home ...

This is one swarvy and divine looking club, so if you are in the area you must come to this place to check out the décor, and whilst you are there check out the dancers as ...

Located away from the main road this club never disclaims its visitors, and positions its brand as the most discrete, sophisticated and relaxed atmosphere club of its type in London. The club has reinvented the genre with themed party nights, events that blur the edges between show and strip ...

Probably the best known gentlemens club in London. They opened in 1980 and are firmly established as one of the most famous clubs in the ...

Situated in the heart of Soho, this is a place that offers first class adult entertainment at an affordable price, in a comfortable, relaxed and friendly ...

This is an all-male lapdancing club glistening with ...

The Griffin first opened in 1993, located in the heart of London’s Law District. Over the years it has become more and more popular as word of mouth spread. The Griffin is a fully nude table dancing venue, so spend an evening in the company of London’s most beautiful girls at one of the ...

This is a pub that provides adult entertainment in ...

An independent run club that has everything you could wish for; stunning women walking around in sexy lingerie and a great selection of ...

Gentlemens club located in the heart of Soho and offers 3 loors of glamorous adult entertainment with 6 pole stages, cosy booths, and VIP ...

White's is a premier adult entertaiment club with comfortable spacious surroundings and a range of good quality beers and ...

Another working men's hotel in this area (rooms from £10 per night). It retains a lot of its Victorian origins, but has been brought up to date to cater for the needs of a more contemporary ...

While this dodgy old public house was undergoing rebuilding work in the 1970's, the remains of two bodies were recovered from benath it - the sound that followed, coming from the building late at night convinved many the dead didn't appreciate being disturbed. The pub is now renownved as a classic ...